This article was written by Matt Newsome from Scarborough, a young person working as a deckhand on offshore wind farm crew transfer vessels, with Mainprize Offshore Ltd, since 2015.

My official job description is a deckhand on offshore wind farm crew transfer vessels. The basic job of the boat is to take technicians from the shore, or offshore base, and move them between the wind turbines whilst they carry out maintenance and trouble-shooting operations. That is it in the most basic terms but these vessels, particularly in the company that I work for, can perform a multitude of other jobs as well such as carrying cargo out to the site, underwater survey work, water bunkering and fuel transfer (fuel being used by the generators used on the wind turbines during construction when there is no power being generated, or to the emergency generators on the offshore sub stations).

Before I go on to explain my role, it's best to explain a bit about the vessels first. The vast majority are aluminium catermerans powered by high performance diesel engines. Ten years ago they were between 15 and 20 metres in length but now most new-build vessels are around 26 metres in length. The key way to identify a wind farm crew transfer vessel is that on the bow (front) of the boat, there is a thick piece of rubber called the bow fender. To transfer the technicians, the skipper (captain) of the boat must maneouvre the boat very slowly and carefully up to a ladder on the side of the turbine. Only when the bow fender is inches away from the ladder can the skipper push the boat onto the ladder with the engines. Any further away and the impact risks damaging the boat (remember, the boat is built of aluminium, the turbine is built of solid steel). If this manoeuvre sounds complicated, it's made worse with tidal currents, wind, large waves, and also the handling characteristics of the vessel which can be influence by how much weight is being carried (fuel, cargo, water) and also the distribution of this weight. As a deckhand, it is my job to ensure that, once the vessel is pushed onto the turbine, the technicians can step across onto the ladder and back again safely. The skipper and I must watch out for large waves as in bad weather there is a risk that the boat can slide up and down the ladder. This movement is often rapid and risks injuring the technicians.

That is only one of many jobs I can be involved in though. There is also deck maintenance, cargo operations, bunkering operations, engine room maintenance (to help the engineer), checking the condition of safety equipment, mooring operations, bridge watchkeeping and, of course, cleaning! Work rotation varies according to company practise and personal choice. Regular rotations tend to be 4 weeks on, 2 weeks off; 3 weeks on, 3 weeks off; or perhaps 4 weeks on, 4 weeks off. As I say it does vary and some people will work longer rotations than this. Some companies prefer crew to sleep on board the boats, which are mostly tied up in the harbour every night. However some companies allow the crew to sleep in houses rented ashore by the company. It gives the crew a break from the vessel and these vessels are still relatively small, meaning there is less space for cabins or crew mess areas.

The wind farms are mostly located in the North Sea and the Irish Sea. The vast majority of my experience is in the North Sea but mainly in the German sector. This is down to the clients of the company I work for, every wind farm crewman will have a different experience of location.

The job is less formal than what many people view in the Merchant Navy. There are typically only three crew on the boats (two on the smaller ones) and everyone is on a first name basis with each other, including the skipper. Not all companies issue a uniform and this uniform is usually basic, such as a t-shirt with the company logo on. Many of the skippers and crew are former fishermen and the vast majority of crew come from maritime families with rare exceptions (me being one of them!). The skipper is always in charge and a good skipper will run a tight ship, but that's not to say there's any real divide between them and the crew. Sure, they may well have the biggest cabin/room, but many are happy to muck in with the exterior washdown or engine room work, providing they can get away from the non-stop paperwork in the bridge!

How easy the job is very much depends on the day in question. The easy days are when you have few technicians with only one or two turbines to visit, giving you plenty of time to get all the maintenance done and focus on getting one or two areas of the boat cleaned a day. When it gets harder is when you have more technicians on board (up to 24) with more turbines to visit in a day, putting more pressure on you to get the maintenance done. And when you start working in bad weather it does make things more challenging and can restrict which jobs you can do owing to safety. The vast majority of boats are expected to work 12 hours a day, regardless of bank holidays and weekends. If the weather is bad and the boat is stuck in the harbour then the crew typically work a shorter day, but it's not a part time job by any stretch of the imagination. The only particular days where a boat may not be asked to sail even in good weather is Christmas Day and New Years Day, and even then that's not a guarantee.

Do I like my job? Well, it's far better than being stuck in an office for 40 hours a week, and with my three week on-three week off rotation, I basically get six months of the year off! Certainly not to be sniffed at! 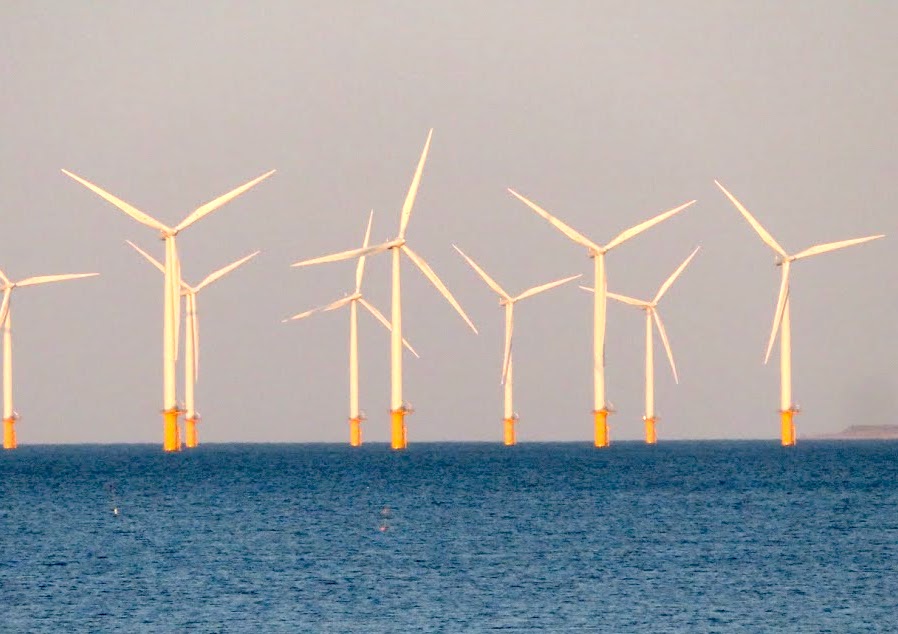