In August 2019 we adopted the last red phone box on Scarborough's seafront. It was being de-commisioned due to lack of use. We have now turned this into The HIstory Box, the world's smallest heritage centre for tourists to visit. It is open 24 hours a day 365 days a year and has a five minute audio commentary and photographs of Scarborough's fishing haydays. Entry is free and it is located by Mutiny Bar, YO11 1NP, towards the South Bay funfair, on the left.

According to British Telecom, nearly 4000 phone boxes have been taken into community ownership and setup as mini libraries, defibrillator points and even the world’s smallest discotheque.  The K6 kiosk was designed by Sir Giles Gilbert Scott and introduced from 1935 to 1983. 60,000 kiosks were installed but now only 11,000 remain.

Here are some comments from local people about what they remember of using phone boxes:

Chris Burrows: As a young seafarer I would go ashore in whatever port we were in and hunt out a phonebox so that I could phone home and let my Mum know I was still alive. A quick chat before the change ran out.

Bob Barthram:Cant say i remember using one as i didnt know anyone with a phone but I always pressed the buttons to see if any money came out.

Anne Goldthorpe: AS young teenagers we were not allowed to wear makeup so we would sneak it in our bags and go to use the mirror in the phone box to put our makeup on. We used to hold the receiver to our ear to pretend we were using the phone to make them wait.

Angela Rhodes: I always ran out of money.

Bill Black: Expensive, freezing in winter, given to stealing your money and always smelled of piss.

Steve Crawford: The Smell of wee and them not accepting the last 2 coins you have whilst you scream profanity at the beeps.

Stephen Gavin: My mother's elderly aunt used to get my father to take her to a phone box to dial the operator who would then dial her son. There was no direct dialing from a call box to a phone number outside the local town. I have called a public phone box in a street, via the operator, which was answered by a passerby who knocked on a house door to ask a girlfriend to come to the call box.

Molly Brown: I have a phone from a Scarborough box that was being demolished back in the early to mid seventies. The gpo man sold it to my husband. Don’t know if that was “the done thing” but as an old telecommunications engineer, he rigged it up, and hey it still works.

David Raine: I can recall that as a young cub Scout, I had to ring up "Arkela", possibly "Brown Owl" from a Red Public Phone Box as part of earning one of the "badges".  The tricky bit was knowing the difference between Buttons A and B, one of which swallowed your money, which was either three pence or four pence, in about 1956/7.  I can still remember being terrified of losing the money in that box, like it was yesterday! (8/9 years old).

We would like to thank the following people and organisations for their support in this project:

Please review us on TRIPADVISOR 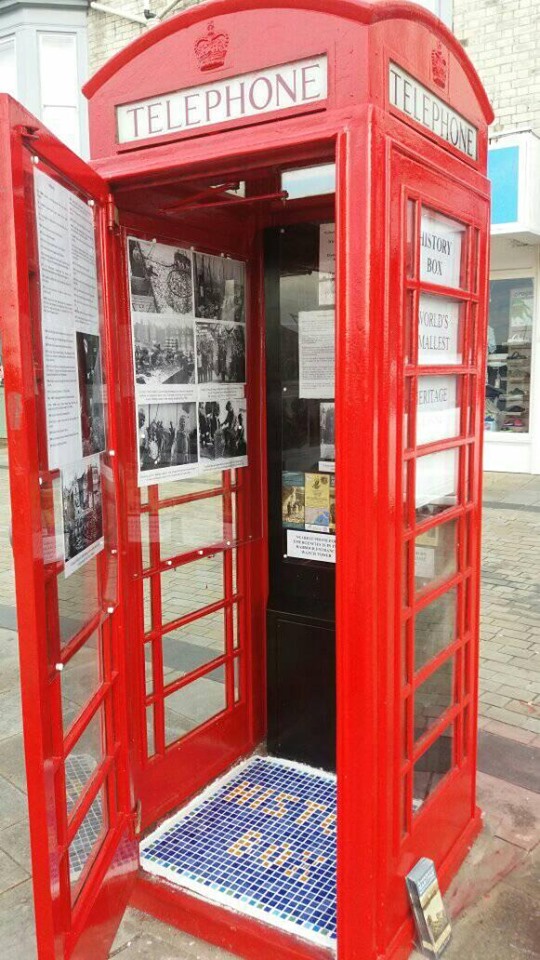