The SS Betty Hindley registered to Messrs Stephenson, Clarke & Collingwood, Newcastle Upon Tyne, was a collier constantly feeding the homes and power stations of london with coal. She became the last vessel to be lost due to enemy action from WW2.

We have two logbooks from 1943 and 1946 under the Master Frederick George Coles.

Voyage No 8, 5thMarch 1946: Voyage from Sunderland via Seaham Londonderry harbour to London and return.

Sailed for Seaham Thursday 14that 9.10pm, arrived Saturday 16that 3pm.

This routine voyage took about 9 or 10 days and was repeated continuously. They took on 52 tons of bunker coals for the boilers with at least 50 already onboard. Average passage time 27  to 29 hours.

Voyage No 25 they experienced 'heavy rain and thunder storms'.

At 9.10 a.m. on 7th October 1947, two years after the second World War had ceased, the BETTY HINDLEY became the last vessel to be lost due to enermy action. The vessel foundered and was lost after detonating a contact mine, left over from WWII. The explosion killed one crewman and injured the captain and one other crew member. Local fishing boats went to the scene of the damaged vessel, and attempted to take her in tow, but with her bow already deep in the sea she proved impossible to save, and after grounding in 12m depth the vessel broke in two. Read more at wrecksite: https://www.wrecksite.eu/wreck.aspx?65676 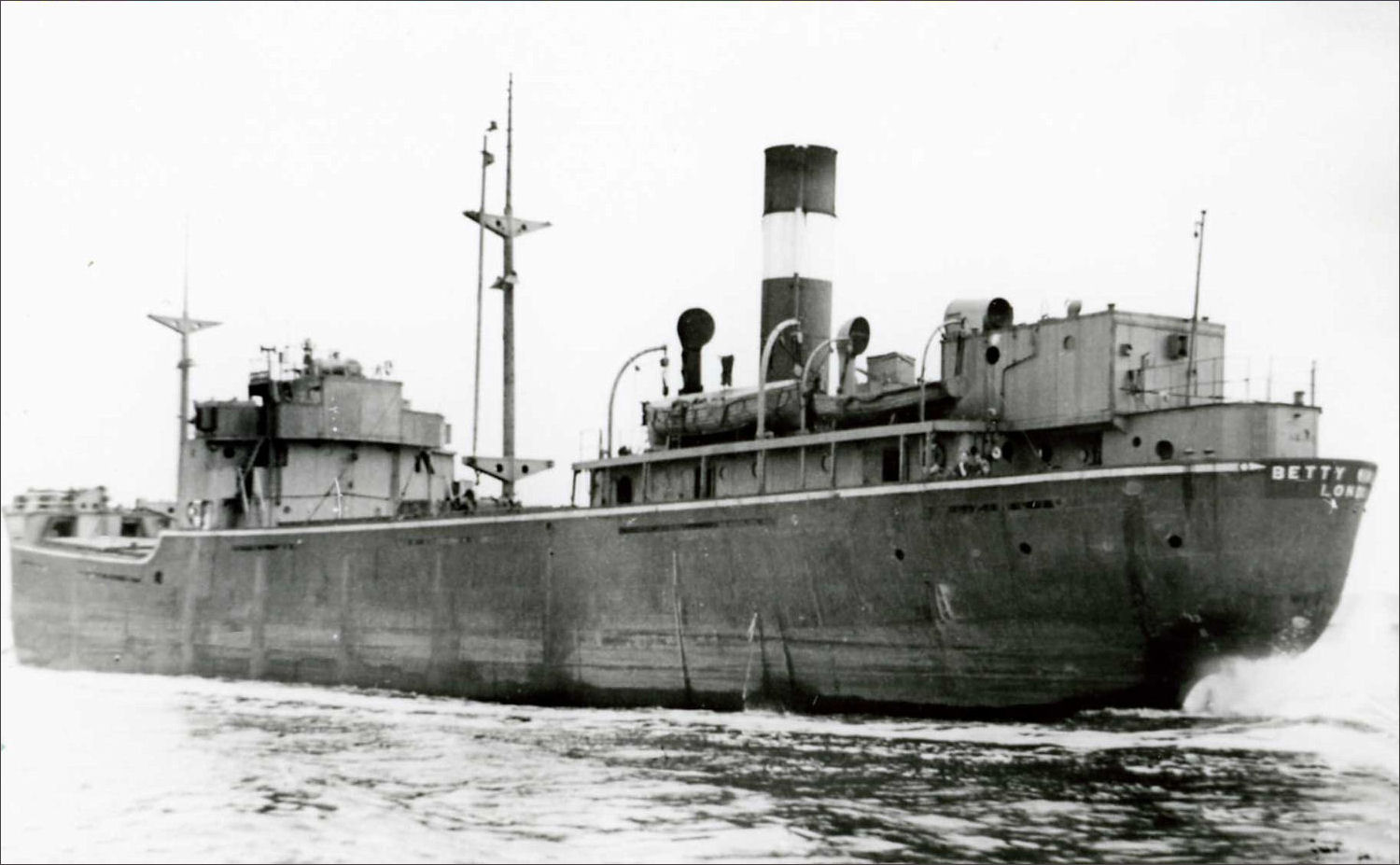 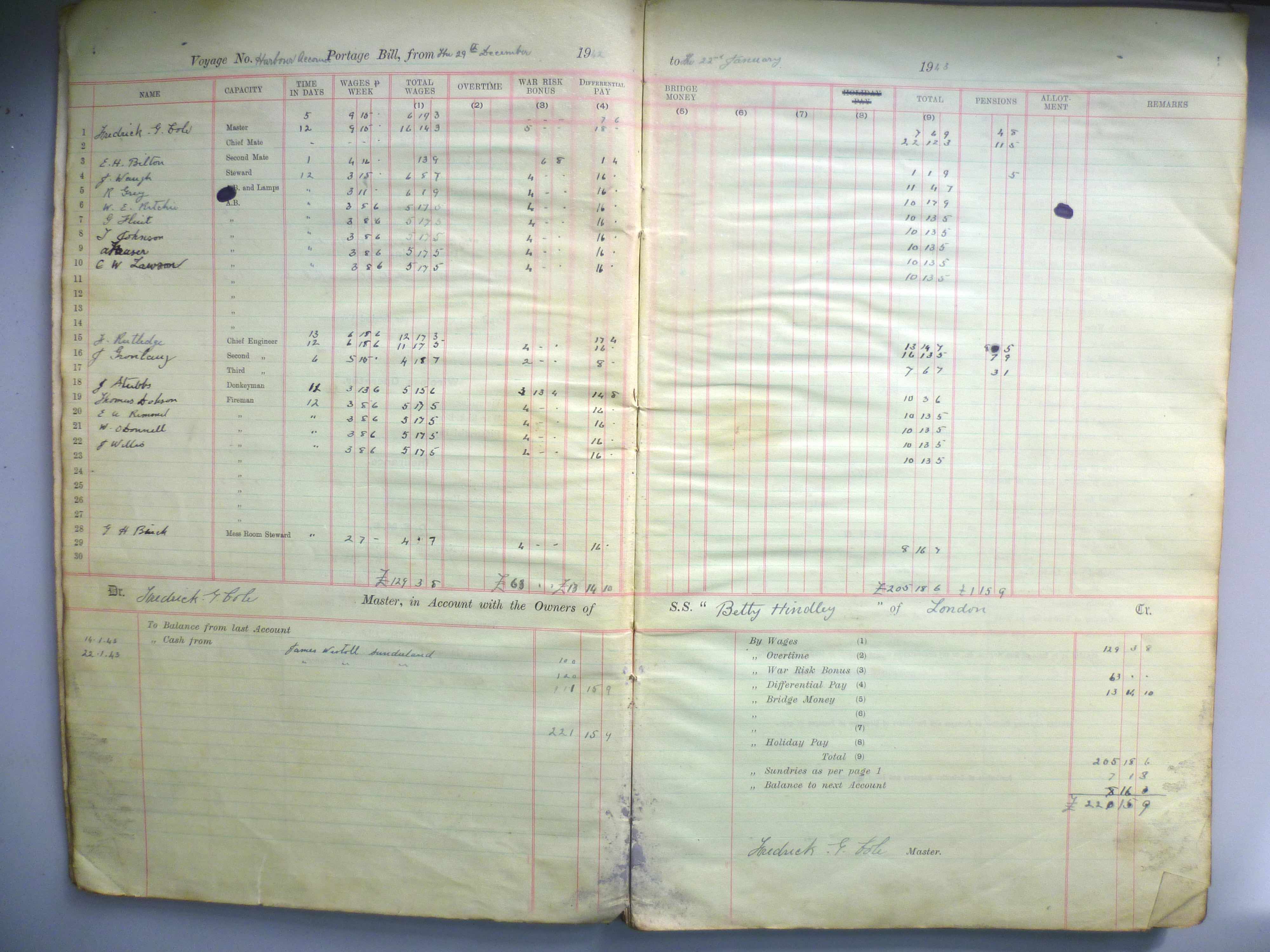