Stanley Tipper was born on the 4th June 1911. The family started at 133 Castle Road but his father succumbed to gas in WW1 and disappeared shortly after returning home. They moved to 7 Granville Road. Stanley attended the Graham Sea Training School but went into the RAF in 1928.  His son Graham lives in Chichester and sent the following documents and photos, see below, after his father passed away.

The letter from Stanley to his mum is dated 27th August 1926 and was sent from the GST training ship, TS Maisie Graham, in Dover. It says ‘Dear Mum, we arrived here about dinnertime today after a fine run from Cowes. I received both your letters there. Thanks for the ten shillings. In a squall last night she put her lee rail under and the dinghy floated in the water on our decks. Of course they had to rouse us out to set the storm trysail and spoilt our beauty sleep. As per usual we are anchored a devil of a long way from the shore and it’s a very strong breeze to pull against. At Southampton we saw quite a lot of the large liners, also the largest motor liner. We hope to be back on the third so have a good tea waiting, poached eggs on toast will do with cake to follow. A week is not long so don’t forget there’ll be a row if you do. By the way don’t forget to be on the pier when she comes in as I can’t manage my kit by myself. The fishery cruiser which is often at Scarborough is anchored a few fathoms away from us and is going to try to arrange for us to be towed into the dock so we look like getting out of this roll at last. Well mum I will close now, best love to all at home. I remain your loving son, Stan.

His GST logbook shows some of Stanley’s grades from 1924 and his final report in 1928 states: Stanley Tipper has been on special work. He has just been successful in the RAF examination. His conduct is excellent and as a chief petty officer he has done fine work. At all times he is an example for the other ratings. He is capable of handling the corps in a manner far beyond his years. The school and company will feel his loss severely as his integrity and ideals are of the highest. Signed by the Lieutenant Officer Commanding Scarborough Sea Cadets. 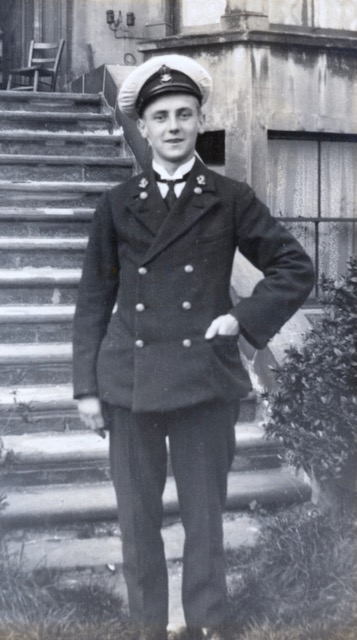 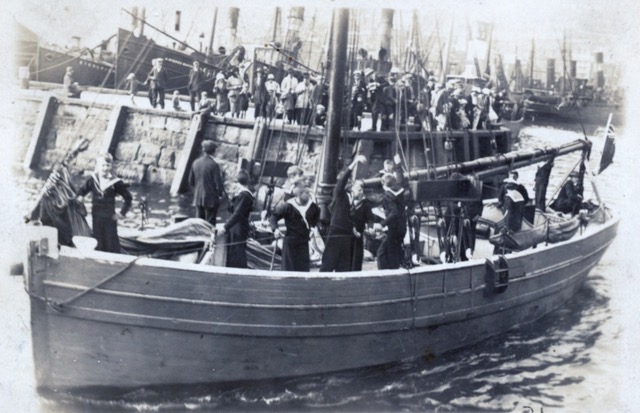 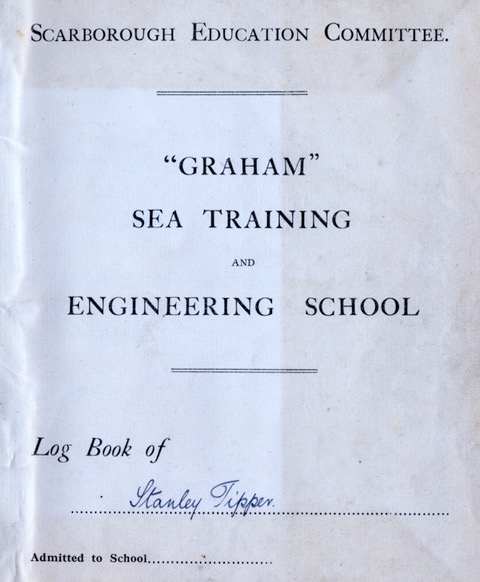 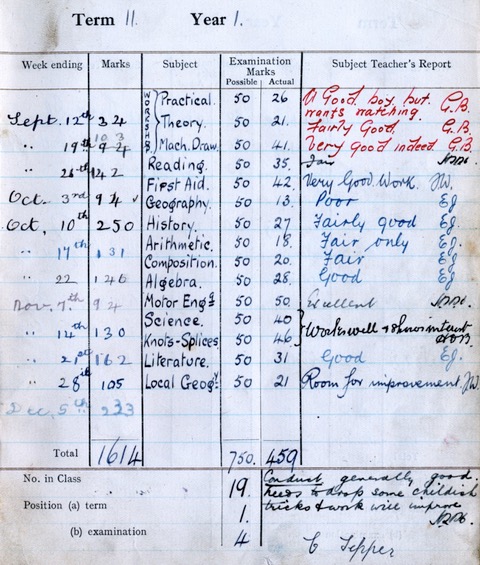 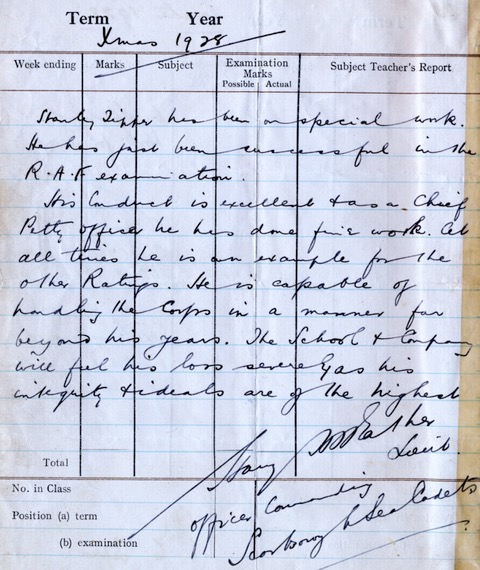 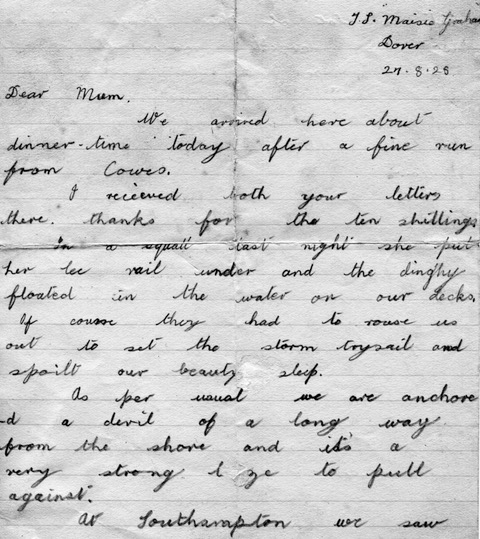 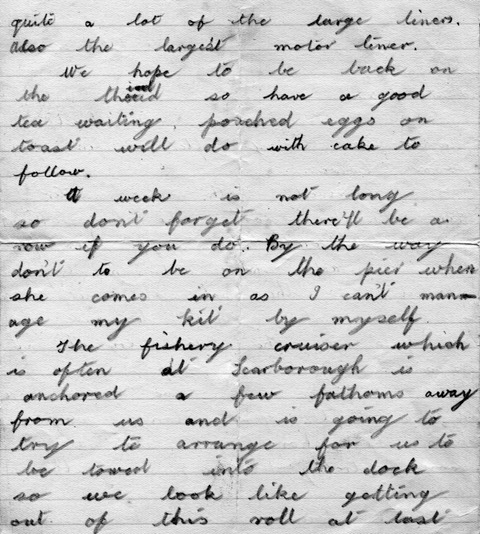